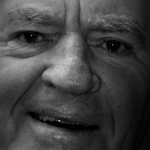 An event at the Playhouse on Sunday 7th November, we will be presenting “An Audience with Lawrie McMenemy, Matthew Le Tissier , and a special guest”. The event is being hosted by comedian Mike Osman.

Matt Le Tissier is a retired English footballer who played for Southampton FC and England. An attacking midfielder with exceptional technical skills, Le Tissier is the second-highest ever scorer for Southampton behind Mick Channon and was voted PFA Young Player of the Year in 1990. He was the first midfielder to score 100 goals in the Premier League. He is notable for his record at scoring penalty kicks, converting from the spot 48 times from 49 attempts. Le Tissier remained at Southampton for his entire professional career.

Seat tickets priced £16 are available from the Playhouse box office. There are also a limited number of tickets available from the Club for those wishing to have a pre show meal these are priced at £32.50 each or £300 for a party of ten.