Another season has started and another in which we are looking for more sponsors!

Sponsorship is vital to Salisbury City FC if we are to sustain our drive towards the football league and over the years, SCFC has been well supported by local and national companies like the top UK gambing sites, through sponsorship and advertising packages. You can see here the top casino deposit offers listed at bestcasinosbonus.co.uk, which are one of the main donators for our football club!

We truly appreciate the generous support we receive from our existing sponsors and welcome all enquiries from new sponsors.

Below, is a range of ways that you can not only come and enjoy the match day experience with your friends and family, but also support the club:

This year, you have the chance to sponsor part of a player’s kit from only £35.00, so pick up the programme, choose a player and give us a ring.

We also have a range of rooms available to hire. From The Sarum Suite, which can seat 100 people to our more intimate dining room, Anya’s Lounge which will seat up to 24

You can even hire a corporate box for a day, for that small business meeting.

With car parking for up to 300 cars, The Ray Mac is the ideal place to host your event.

Anything from a Family Party to a Business meeting to Anniversary or Funeral tea, our experienced team can help you plan your event.

Remember, nothing is cast in stone, so if you want something different than the standard sponsorship package, don’t be afraid to ask, we’re here for you.

You will find information about

Offers an extensive programme of football coaching in primary, secondary and special schools throughout the Salisbury area, enabling children to practice and develop their skills in a fun environment.
Read more

‘The Whites’ First Team Squad Profiles and information about the club.
Read more

There are many ways to market your brand statement in the local community, and local football is a fantastic way to reach a large portion of your target market.
Read more

Football in the Community 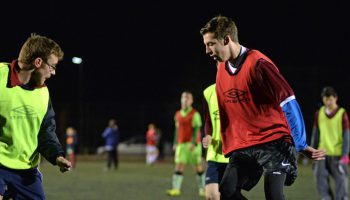 Football in the Community offers an extensive programme of football coaching in primary, secondary and special schools throughout the Salisbury area, enabling children to practice and develop their skills in... 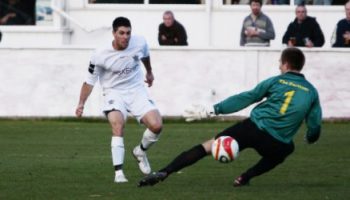 Salisbury City FC are delighted to announce a new partnership with Tickets for Troops – a charity dedicated to offering free tickets to the country’s soldiers, sailors and airmen. While...

SALISBURY City Football Club is delighted to announce it has landed a major new sponsorship deal with Cavendish Equity Release. The club’s first team’s home strip was launched at yesterday’s... 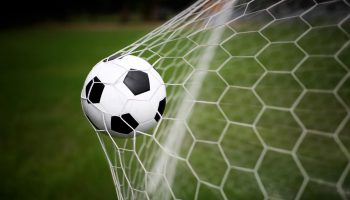 Salisbury City Football Club has shown its support for the charity ‘Operation Hernia’ by donating several football shirts to the mission in Ghana. Operation Hernia is a charity created to...

Salisbury City U.18′s have made a promising start to the season in all competitions. In the South West Counties Youth League (SWC) the U. 18’s are currently sitting 2nd, 2 points behind leaders Bath City and with 1 game in hand; will be looking to overtake Bath In the coming weeks.

The youth side opened their league campaign with a 0-0 draw at home to Forest Green Rovers, and followed with a disappointing 4-1 loss away to Bath City in a game which included 8 debutants, and a number of key players rested, with the FA Youth Cup match against Dorchester Town following the week after.

The Second Preliminary Round in the youth cup saw Salisbury City travel to Conference South rivals Dorchester Town. After a tight first half, Salisbury ended up running out 5-2 winners and cruised into the third Qualifying round after goals from McCauley, Ginger, Thomas, Onouha (2) and a stand out performance from skipper Ryan Gregory.

Following the FA Youth Cup success against Dorchester, 2-0 wins, away at Newport County and at home to New College Academy saw “The Whites” march their way up the league table. However Salisbury were on the wrong end of a 7 goal thriller in which Cirencester came from behind to snatch all 3 points in a narrow 4-3 defeat away from home.

More recently, the last two league encounters have seen a comfortable 4-1 win away to Forest Green Rovers and a superb comeback against Bath City to avenge their earlier season defeat and maintain their unbeaten start at home. After being 2-0 down at half time Salisbury scored 3 during the 2nd half including in outstanding volley from Hayes Thomas to equalise, and a headed winner during stoppage time, to win the match 3-2.

The youth have an important month coming up. Next Saturday will see the see the SWC side travel to Dorchester Town for the second time this season. Whilst next week, the youth will entertain Camberley at the Ray Mac in the Hampshire Midweek Floodlit Youth Cup. Check the website for details, your support would be much appreciated.

The Youth Academy were happy to entertain Darrell Clarke, Mikey Harris and the Salisbury City 1st team squad ahead of their Blue Square South League match against Woking this weekend. From their base at Sparsholt College, the Youth Academy went head to head with the senior professionals in an 11 vs 11 match that enabled Manager Darrell Clarke to work on shape and tactics for the upcoming match.

Youth Academy Manager Neil Benson said “Firstly it’s great to be able to assist Darrell, Mikey and the senior squad in their preparations for their next game but for the younger players it’s a fantastic opportunity for them to witness up close the level and standards they should be striving to reach. I thought our lads handled themselves very well and the experience will do them the world of good. We’ve got a great facility here and we look forward to seeing the senior squad here again as the season progresses.”

The Salisbury City Youth Academy got their FA Youth Cup campaign off to a flyer with an excellent 5-0 win away to Pewsey Vale in the opening qualifying round. Winger Michael Fahm was the star on the night with 4 goals in a blistering first half. The opening goal came in the 11th minute after good work from skipper Ryan Innskip feeding the ball to Hayes Thomas whose perfect through ball allowed Fahm to slot home past Pewsey keeper James Levis.

The lead was doubled 5 minutes later when Luke Ginger played in Fahm for a powerful finish into the left corner following some excellent football from the away side. Not content with a 2-0 lead City continued to press and some clever interplay and good work from Toye Adejeyigbe played in Fahm to complete his hat-trick and 5 minutes before half-time he bagged his 4th goal in just 30 minutes with a subtle finish after a nice pass from striker Speechley-Price. In the 2nd half, with only pride to play for, Pewsey made it more of a contest and despite enjoying most of the possession, City were unable to add to their goal tally until Ryan Gregory scored from a deflected free-kick in the final stages of the match.

City Manager Neil Benson said “It was an excellent start to this season’s FA Youth Cup competition. It was a good all-around team performance with a particularly inspiring individual performance from Michael Fahm. Dorchester Town await us in the next round, we know them well, and they will undoubtedly prove a very difficult test. Whilst we are not looking beyond the next game our aim is to try and go one better than reaching last year’s first round stage.”